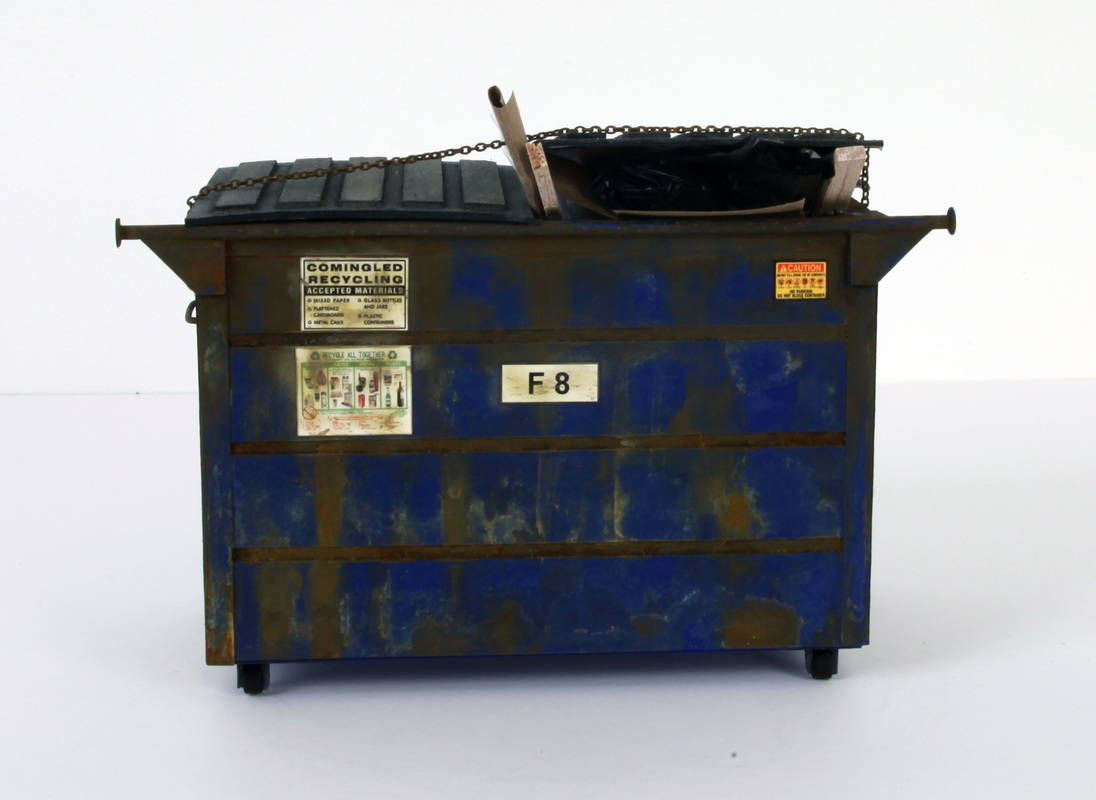 An introduction from the artist:

“Anonymous Sculpture” is a phrase that i think about a lot.
I was introduced to the work of the Becher’s when i was 22 years old. Berndt and Hilla Becher are prolific german photographers known for creating extensive series of artworks exploring water towers, granaries, blast furnaces, nuclear reactors, and other industrial objects. They were capturing images of what they considered “anonymous sculptures”— sculptural structures created without a credited maker. The Becher’s looked at the world differently and considered objects and buildings through such a unique and interesting way.
They install their work in typologies — grids of similar images. Presented to the viewer in a way that immediately shows that the imagery is all the same, but so very different all at once. I think about my small sculptures in this way. They’ve influenced my work, and how i look at the world so very much. 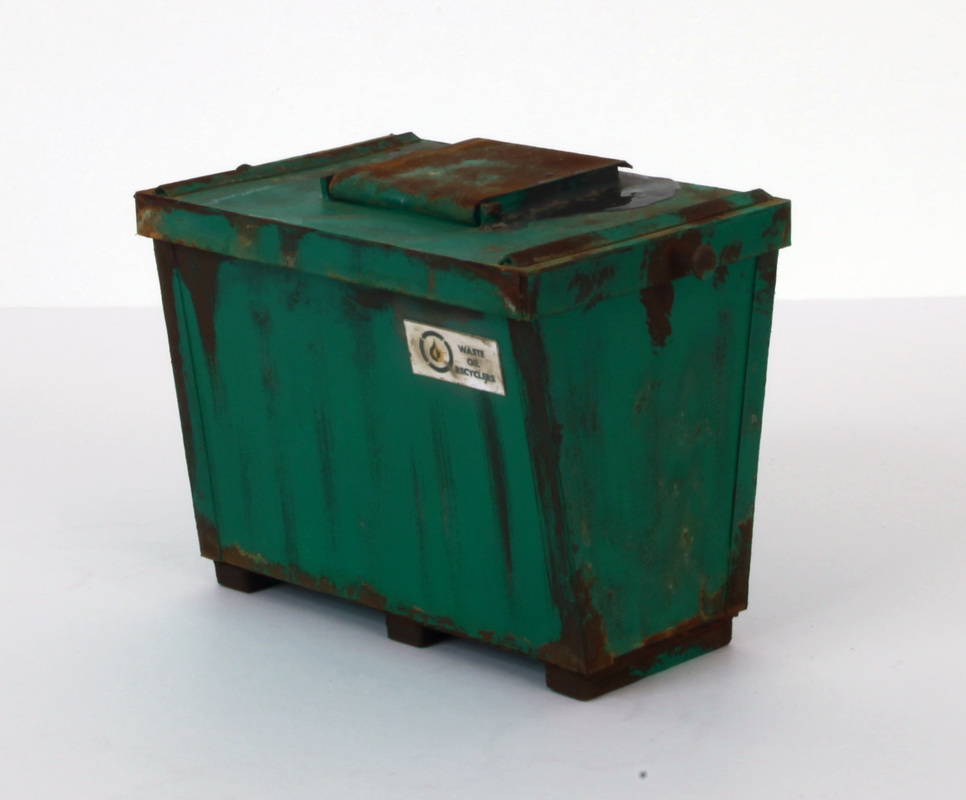 1. What do you love most about the place you live? How do you think it influences your work? (i.e., would you be a different artist if you’d grown up in another part of the country/world?)

I love the cultural diversity in Philadelphia and also the architecture. I guess i’m fond of the architecture being from the Northeast. Most of the cities around here are similar, visually. My work is very informed by my environment, and i’d suggest that most artists are influenced by their surroundings. Well, artists working with a representational style.

2. Can you tell us a little bit about the influences and inspirations behind this particular body of work?

I’ve always been interested in exploring American culture in odd ways, and these sculptures are a reflection on American consumerism and our disposable lifestyle. I find myself thinking a lot about how we are more interested in buying something new, rather than repairing what we already own. This idea was explored a lot in my building sculptures, but parallels with the dumpster works.

This is the first time that i’ve had a show of only these types of works. These types of works were always adornments to larger works, and its interesting to me, to have them be the focus. So i spent a lot of time thinking about these contemporary containers and paralleled them to ancient vessels — artworks in themselves, but with the function of containing something precious. The vessels that i’ve created don’t contain anything precious, but are still crucial to our culture as a solution to our consumption.

3. Your work utilizes a finely honed skill to replicate the world around you, what message are you looking to impart when you decide to construct architecture, vehicles, etc from different places?

I think of all of my sculptures as a moment of time. Similar to a photo documentary project, or a painter capturing a street scene on an easel, i’m just creating my versions of the world in a unique way. I can’t paint and i’m not a very good photographer, but i’m really keen on documentary works.

4. Do you consider your work documentation, homage or something else?

Yes, they’re all pieces of a contemporary archive. Each part of our culture is important in different ways, and hopefully other people consider their importance and role in our world. Who defines what is or will be historically important? each piece is its own monument to our culture. 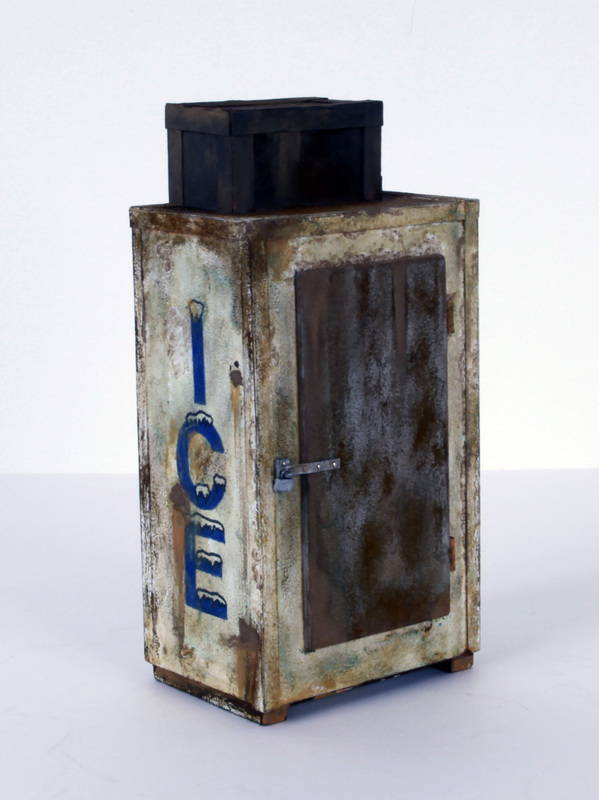 5. Your focus is very strictly on contemporary buildings and objects, is there a reason for this? Have you ever considered making models of ancient structures/objects or even imagines future versions?

The root of the buildings project is environmental, but also speculative in a way. I’m looking through my neighborhood and making assumptions about buildings and businesses that won’t be able to exist in the new version of the community. (my neighborhood and the subjects of my sculptures exist in an area going through some serious gentrification). So i’m identifying buildings that i don’t believe will be around in the next few years. In a way, i hope that i’m wrong — but so far the works i’ve made are actually an archive.
I’ve never went back in time to create something thats no longer, i guess my works are more presumptuous.

6. How do you imagine your work will change over the coming decades? Do you have any specific areas you want to move into or goals you wish to achieve?

I hope that the works continue to be strong and to build in these ongoing series i’ve been working on. I think I’ve found my stride and am going to continue in this way, as to not lose my visual voice. I can’t wrap my mind around artists that change their focus drastically.

7. Do you listen to/watch any form of media while working? If so, what is it and how does it influence your process?

Yea i always have something going on in the background, but i’m not sure that i can find any influences in my work, other than it keeps me moving. I love watching/listening to Premier League Soccer on weekend mornings while i work. While making this series, i re-watched Twin Peaks and a lot of Aziz Ansari’s work for whatever reason. Music is also huge for me. Recently i’ve been into Elliott Smith, The Hold Steady, Big Pun, Jawbreaker, and Dipset. I listen to everything buy classical. Classical music gives me anxiety.

8. As supreme leader of the totalitarian regime ruling over Leshko’s Utopia which artist/art movement would you censor and/or exile and why?

I get really frustrated and bummed with most street art, so i’d need to censor that. I feel like a lot of it is idealized or pretty imagery without any substance. Now, lets not confuse graffiti with street art. I like graffiti, something about the anonymity is really appealing and interesting to me. But, if you’re a yarn bomber — get the hell out of my utopia.

9. Conversely, whom would you commission to design your visual art propaganda?

Hard to say. Visual Art Propaganda sounds like a street art campaign, so….. yea, can’t be cluttering up my utopia with adverts.   Maybe the utopia could just be installed with great works from Erin Riley and Alex Lukas. They are amazing artists and have been my favorites for a few years now. They’re brilliant.

Introvert. Sometimes extroverts freak me out.

deep sea, for sure 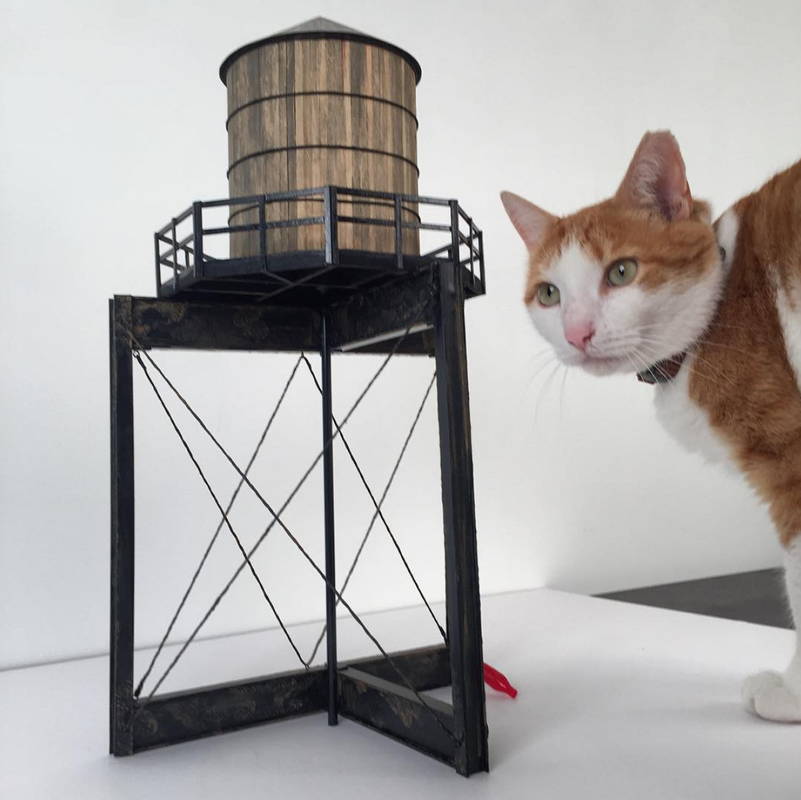