Cart (0)
To purchase please email gallerist@antlerpdx.com
We offer a payment plan on all original works, please feel free to inquire.
Kelly McLaughlin grew up in Washington State where she received her BFA in Printmaking and Ceramics from Pacific Lutheran University in 2014. She completed a Post Baccalaureate program at the University of Alaska, Anchorage in 2017 and received her MFA in Ceramics from Ohio University in 2020. Since graduate school, McLaughlin continues to make work with the support of residencies at both the Archie Bray Foundation and Studio 740 in Helena, MT, where she currently lives as a full-time studio artist.
Though agnostic herself, McLaughlin’s work is often influenced by her religious upbringing and ideas behind societal belief structures. She has studied world religions, psychology, and anthropology to further understand the need to survive and how it manifests on both micro and macro levels. As a figurative sculptor, McLaughlin explores these ideas with both human and animal forms, emphasizing expression, color, realism, and a life-size scale. She is deeply influenced by her upbringing in the PNW, as well as her time spent in the mountains of both
Washington and Alaska. Her work has been showcased throughout the US and can be found in numerous private and public collections. 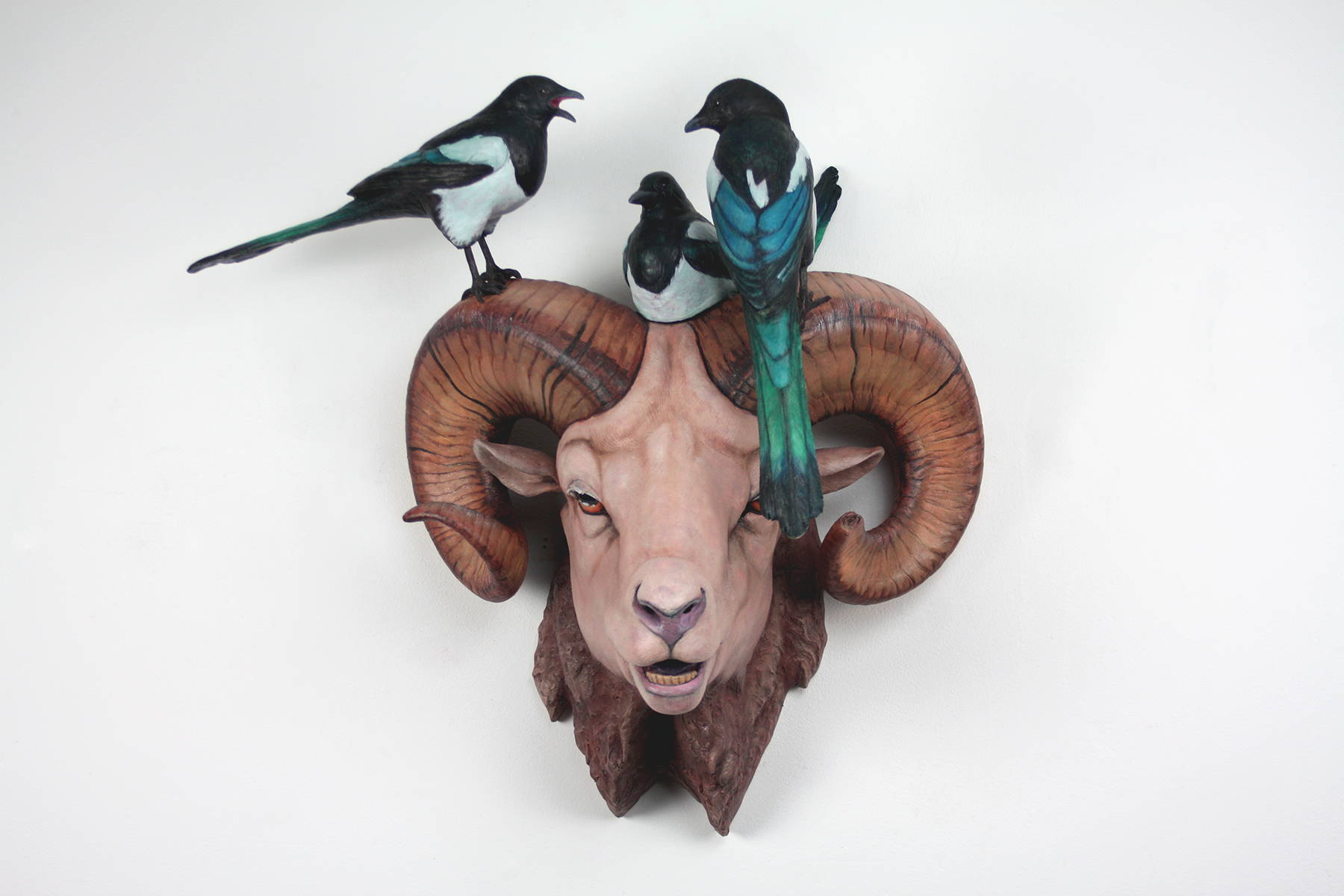 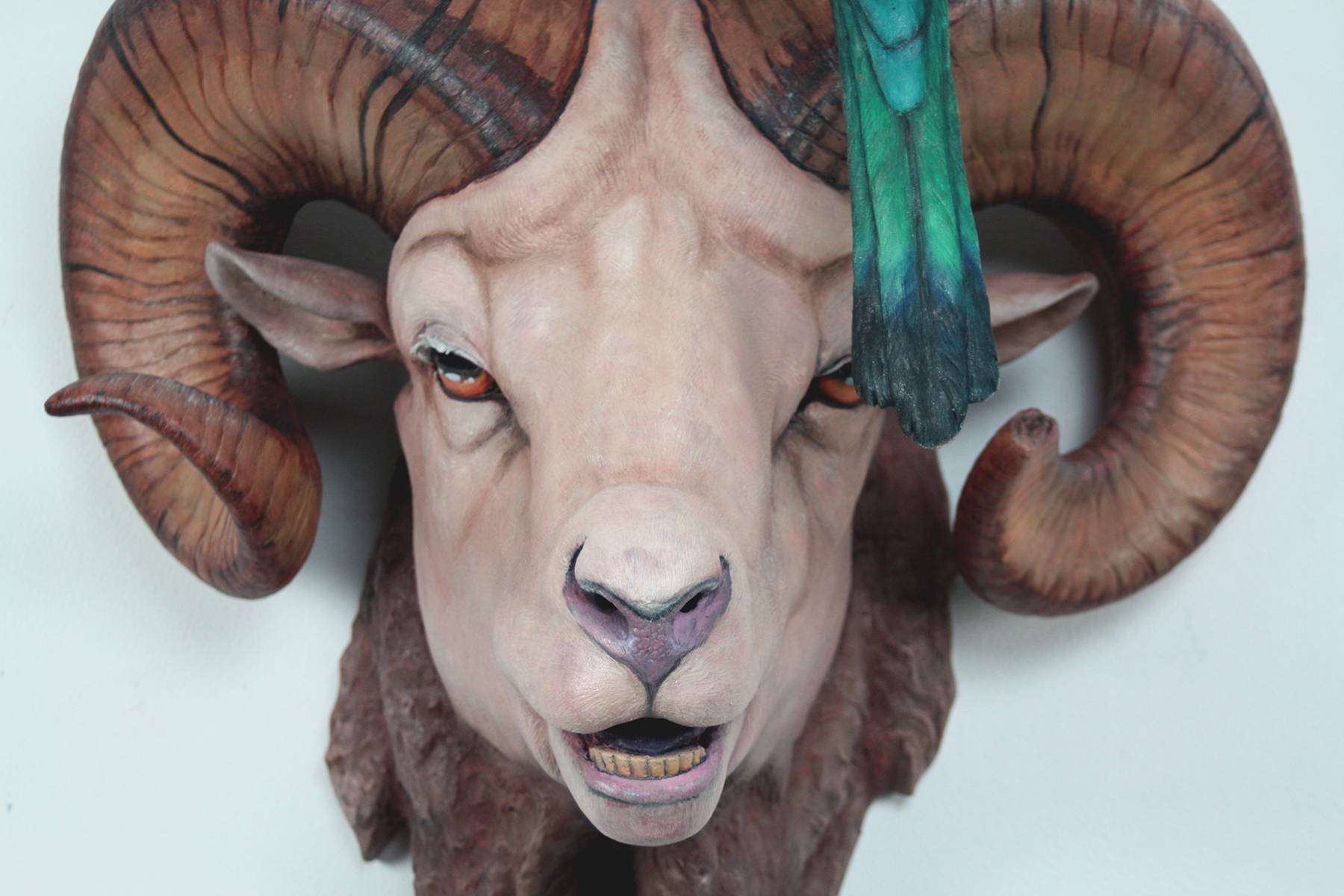 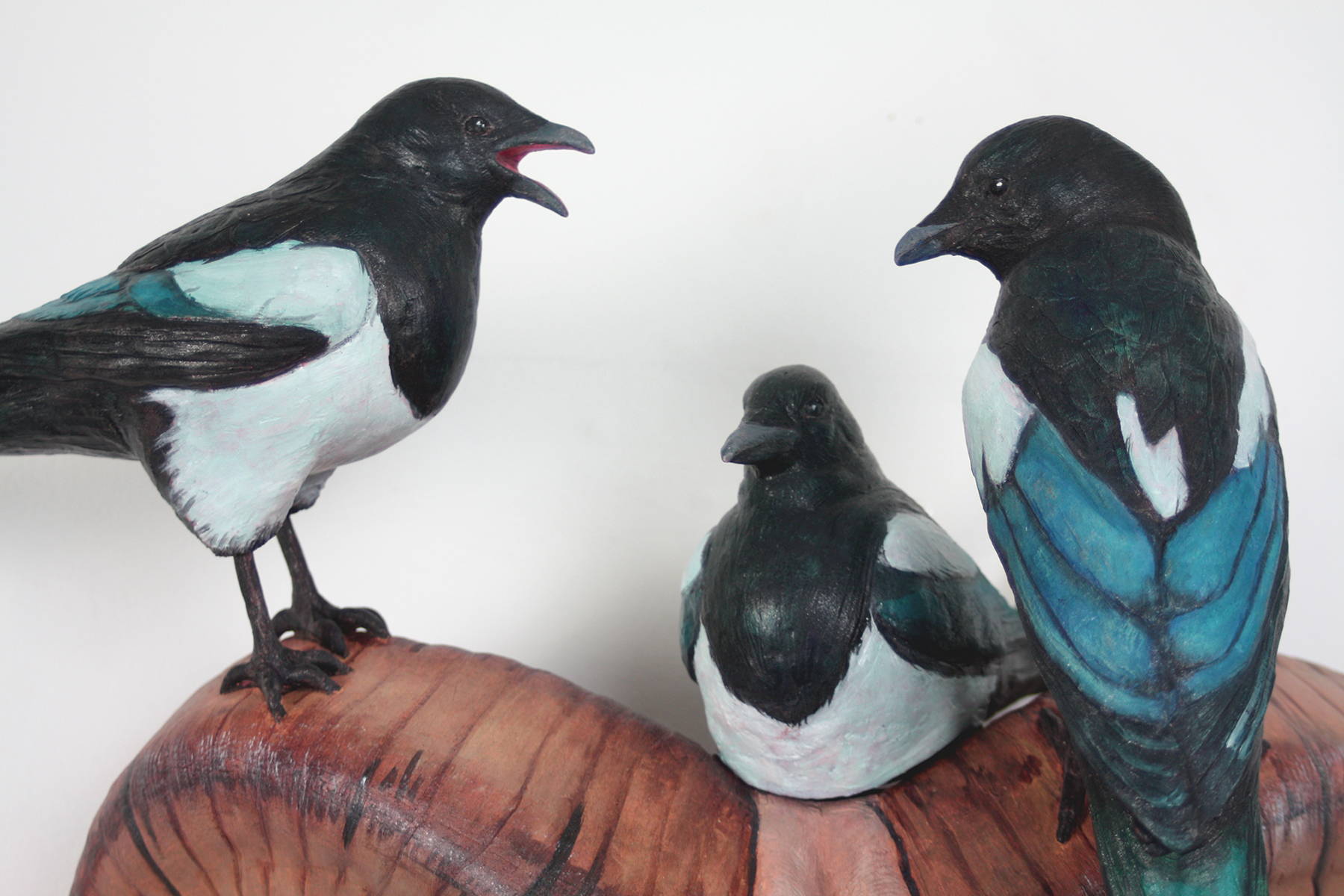 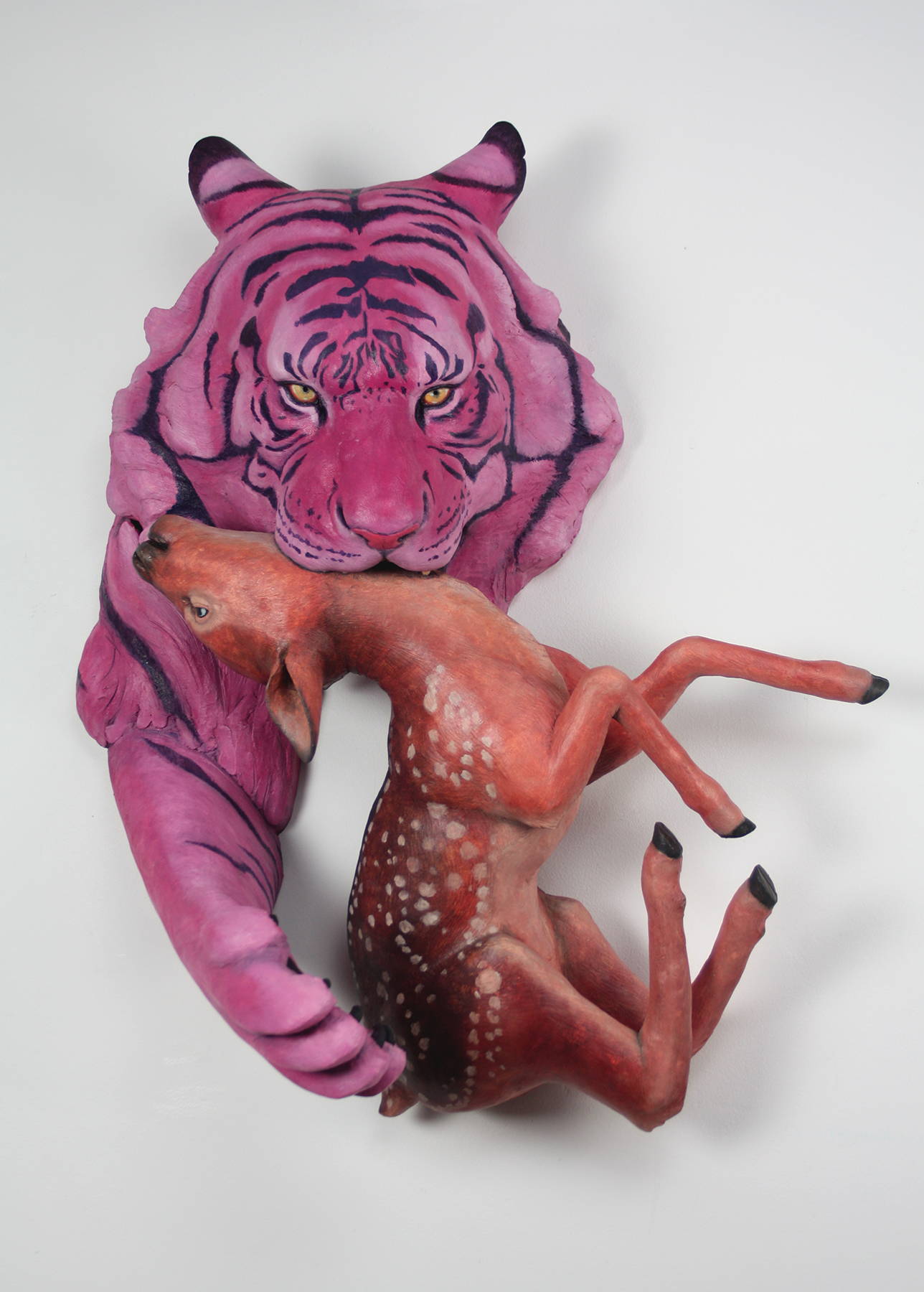 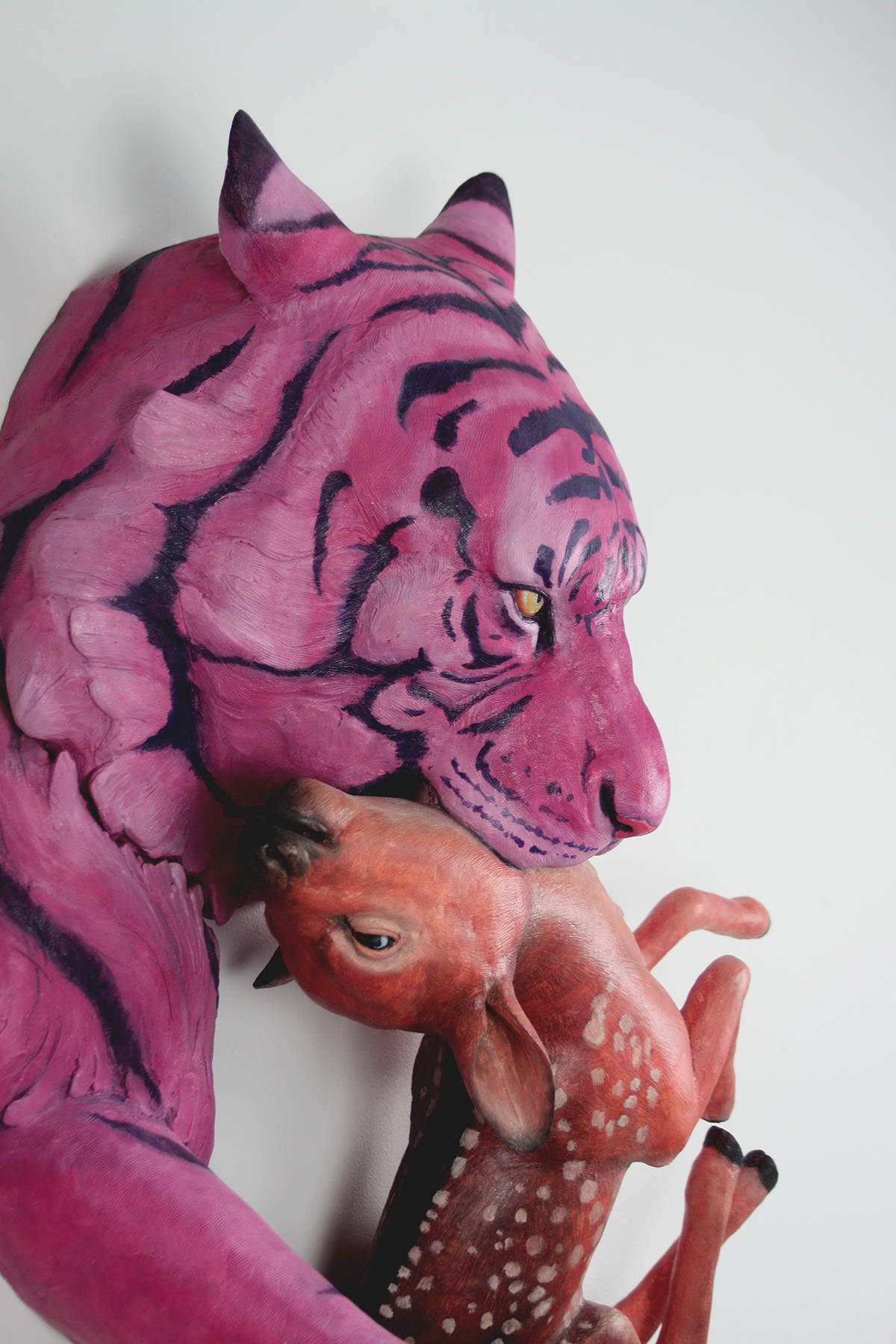 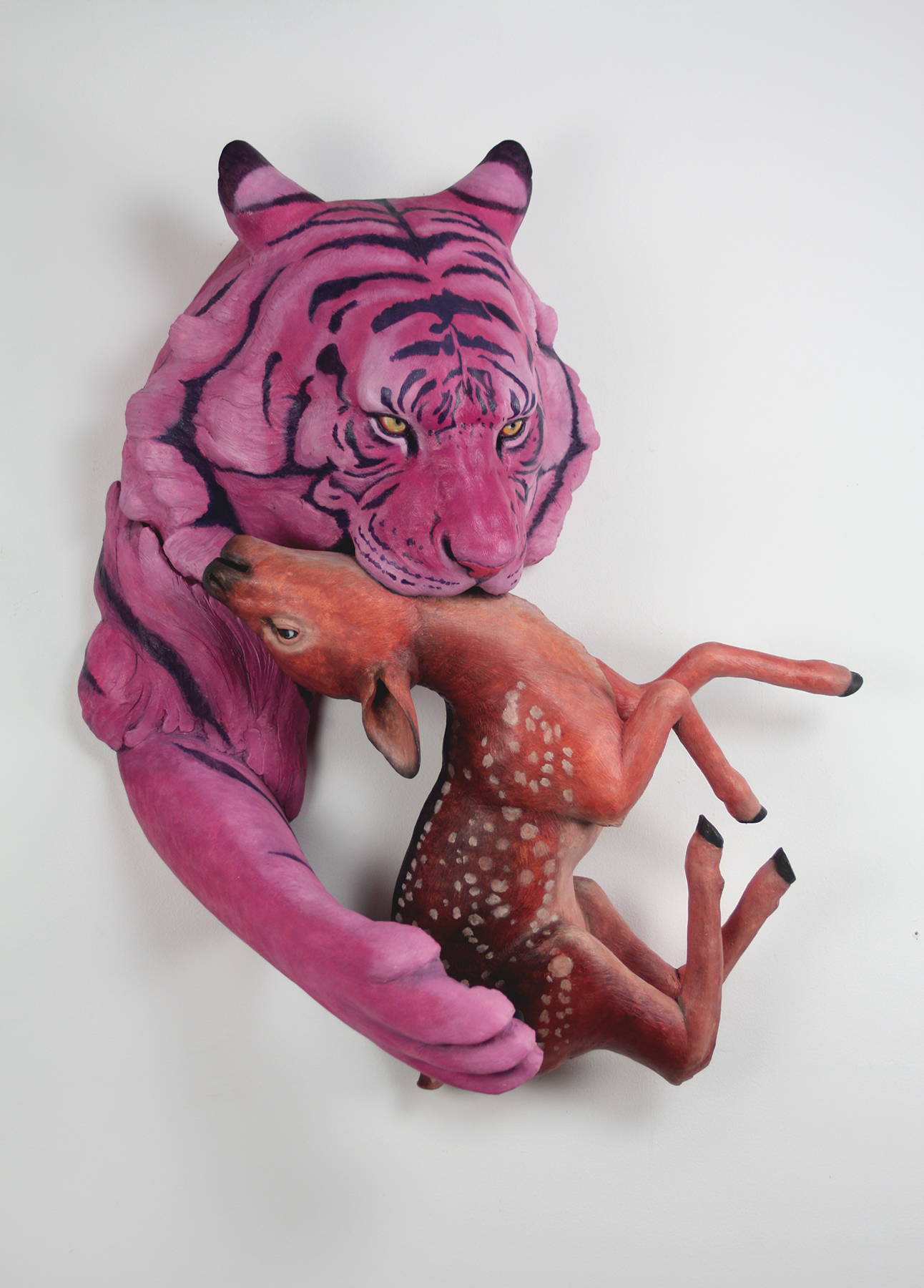 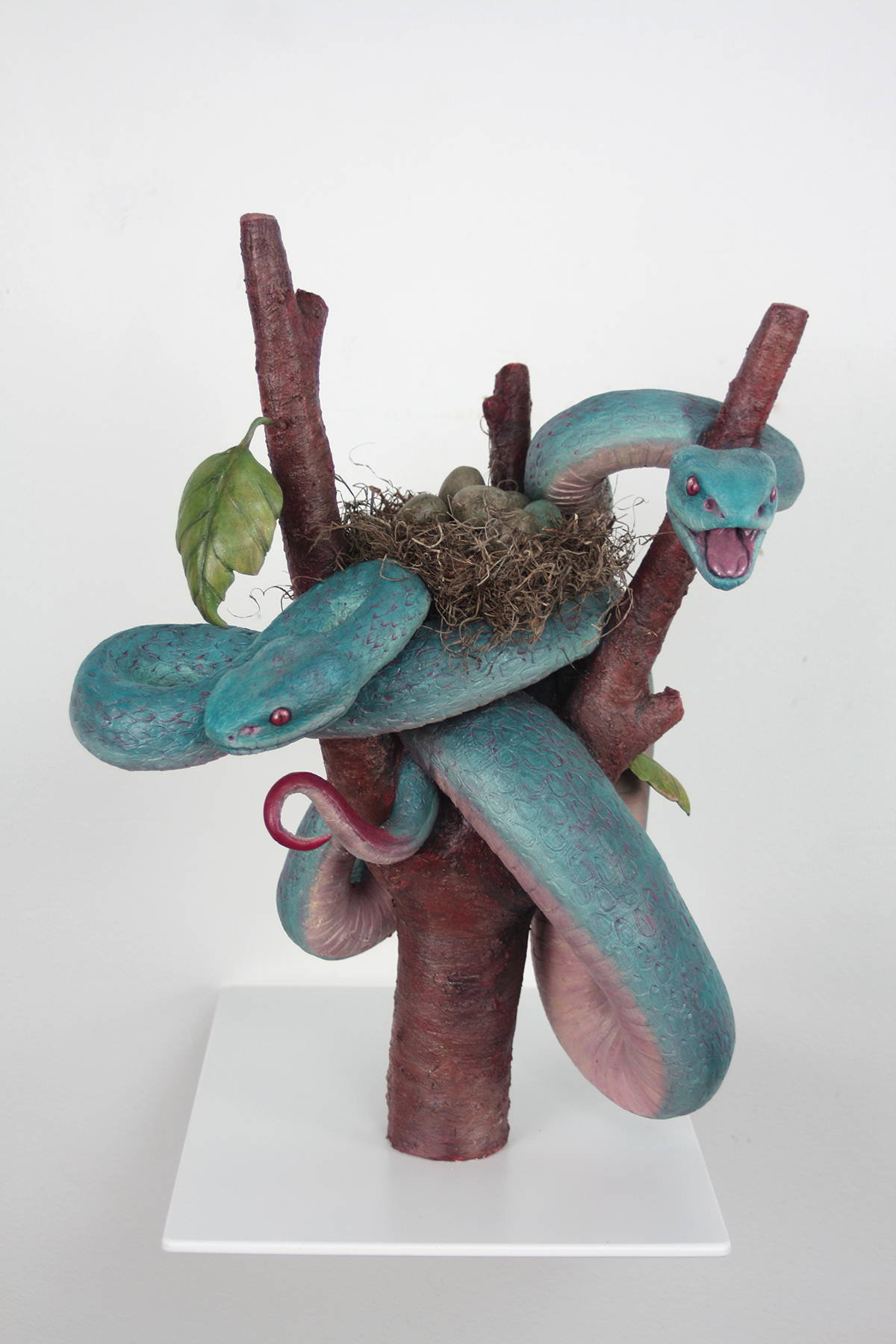 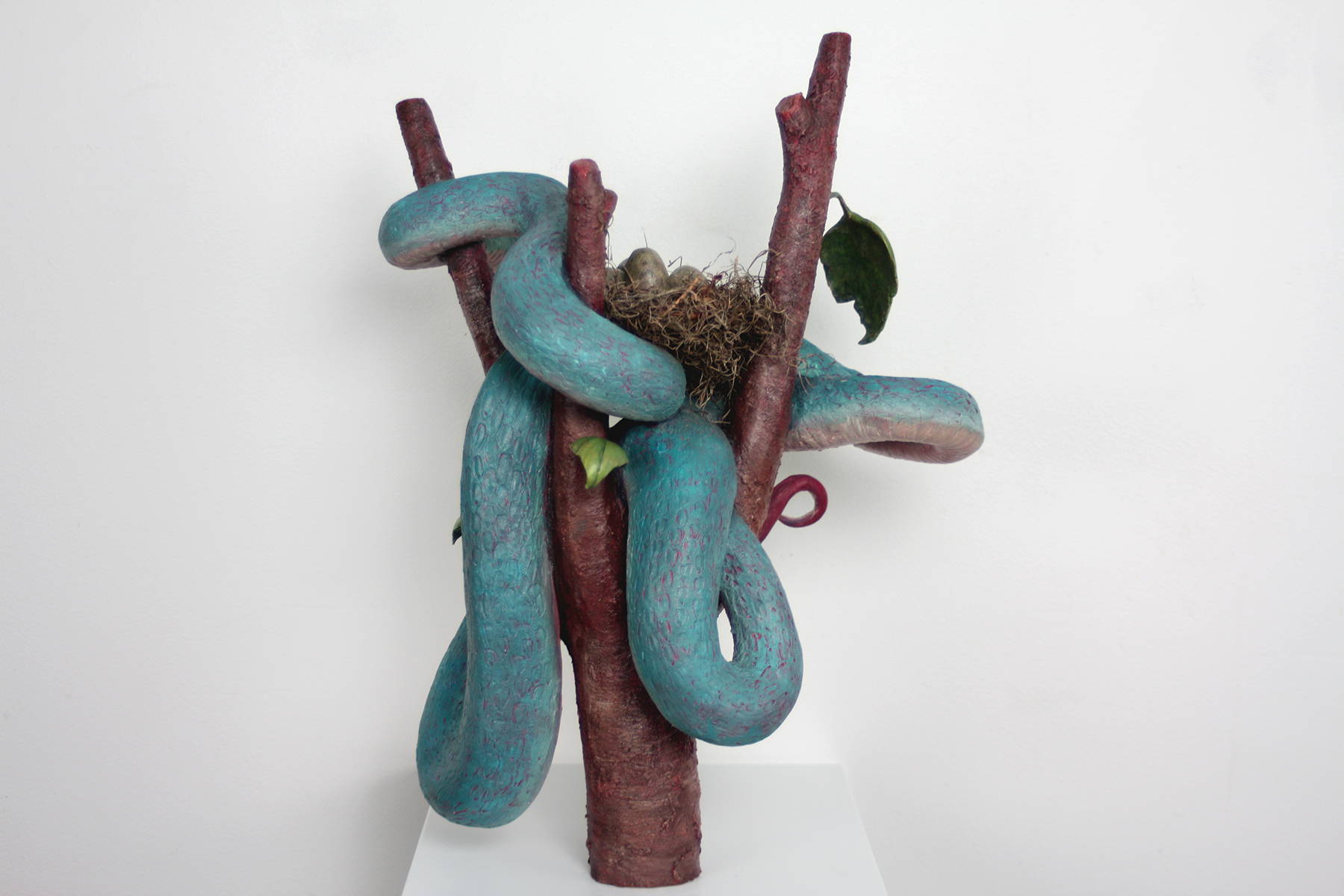 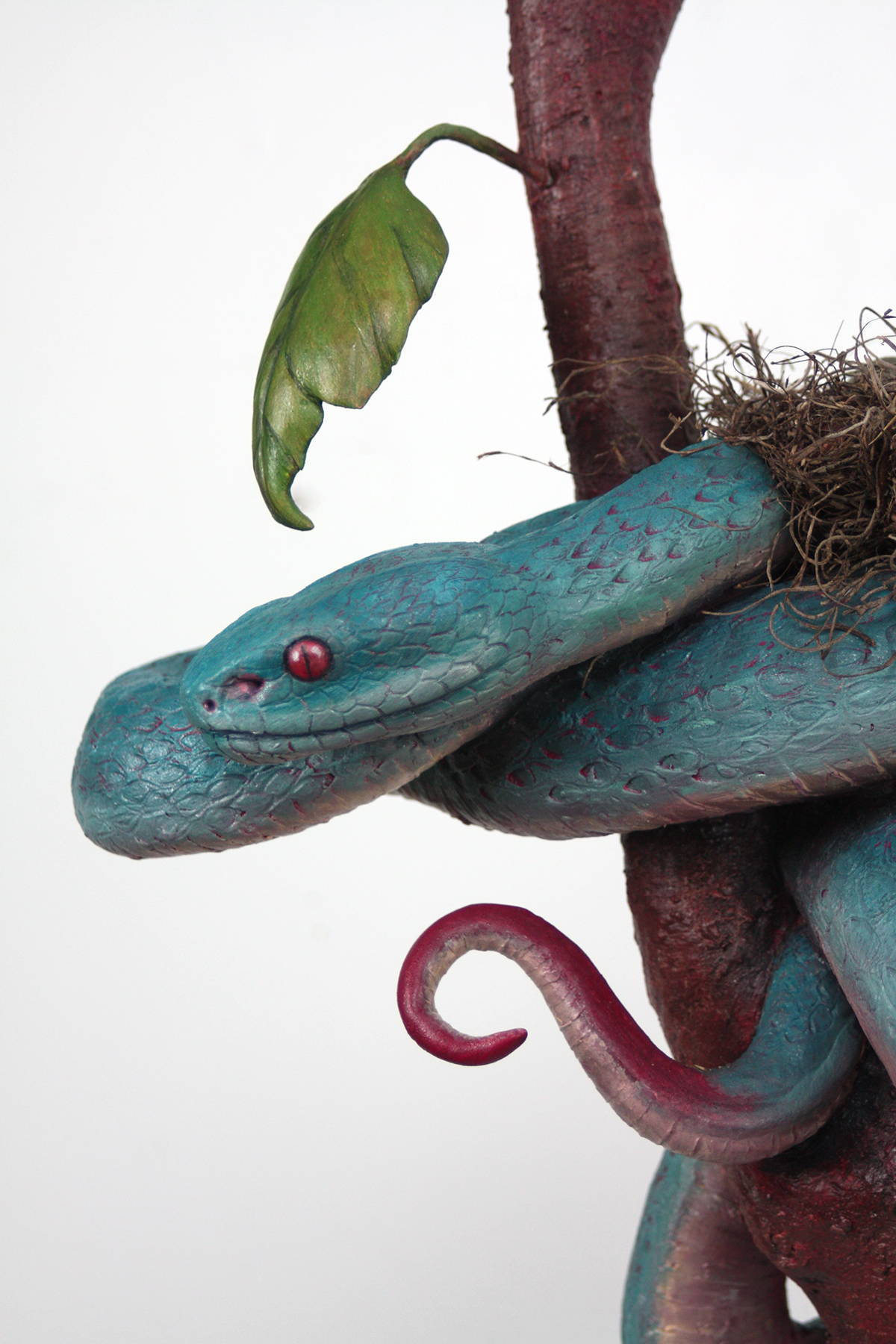 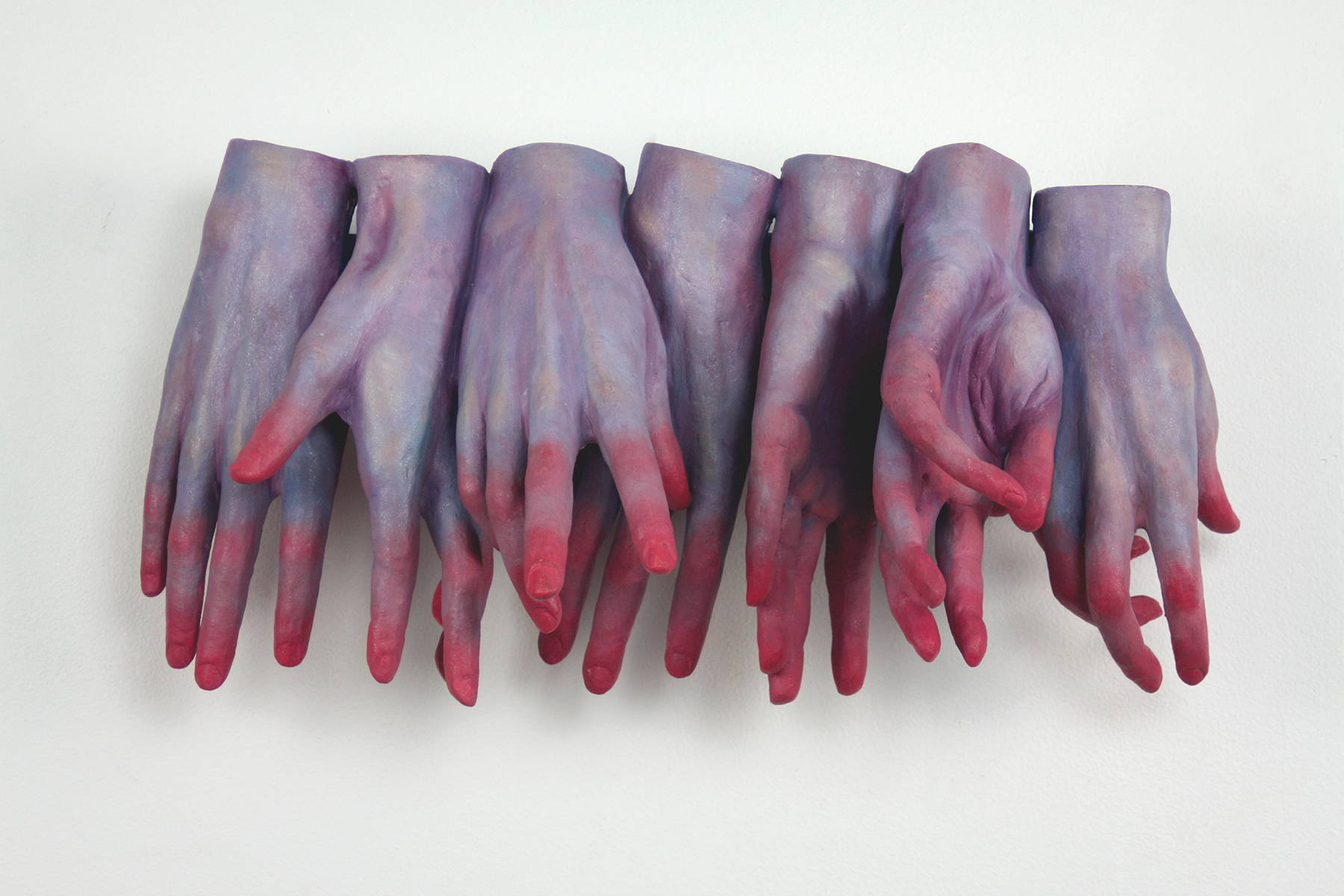 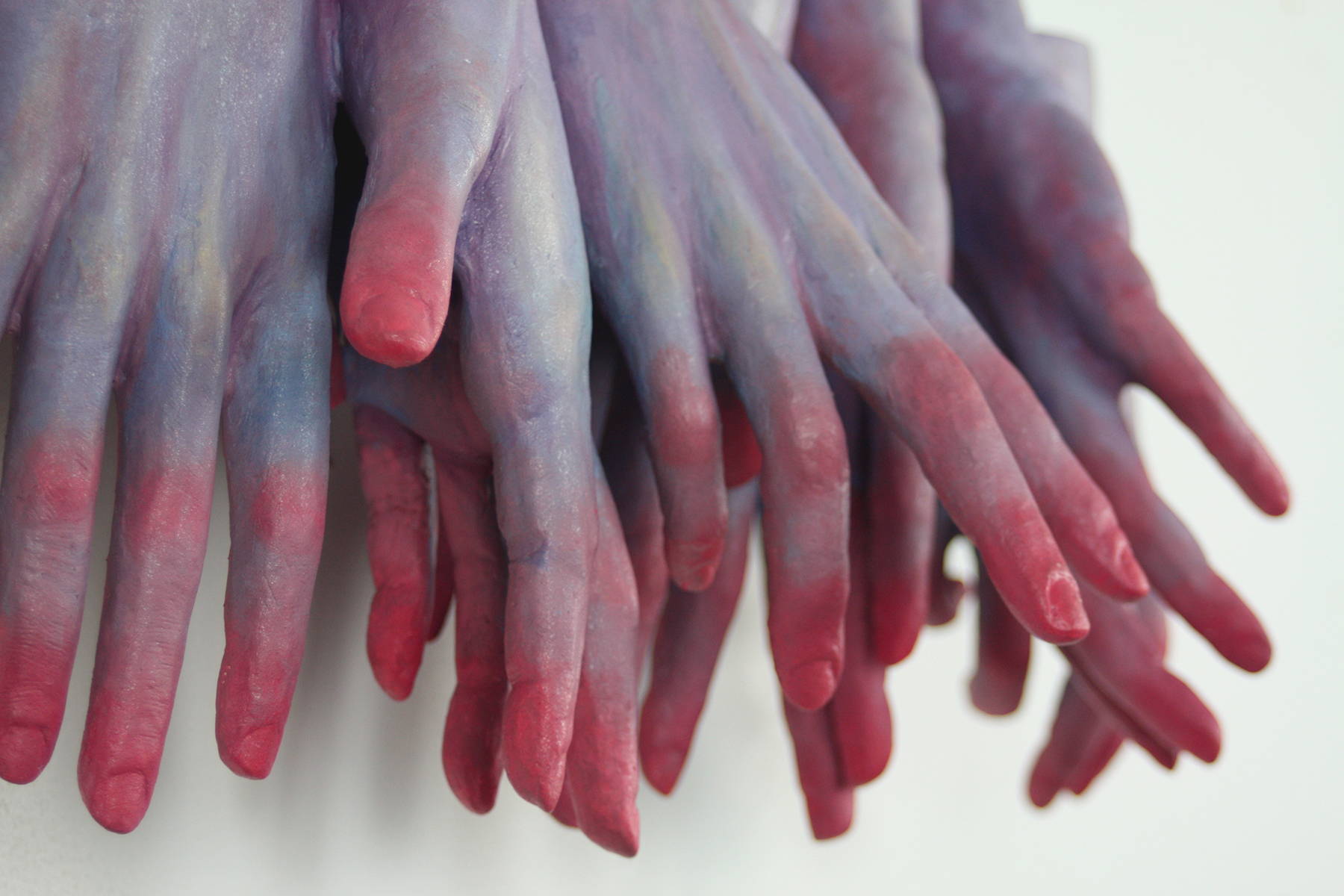 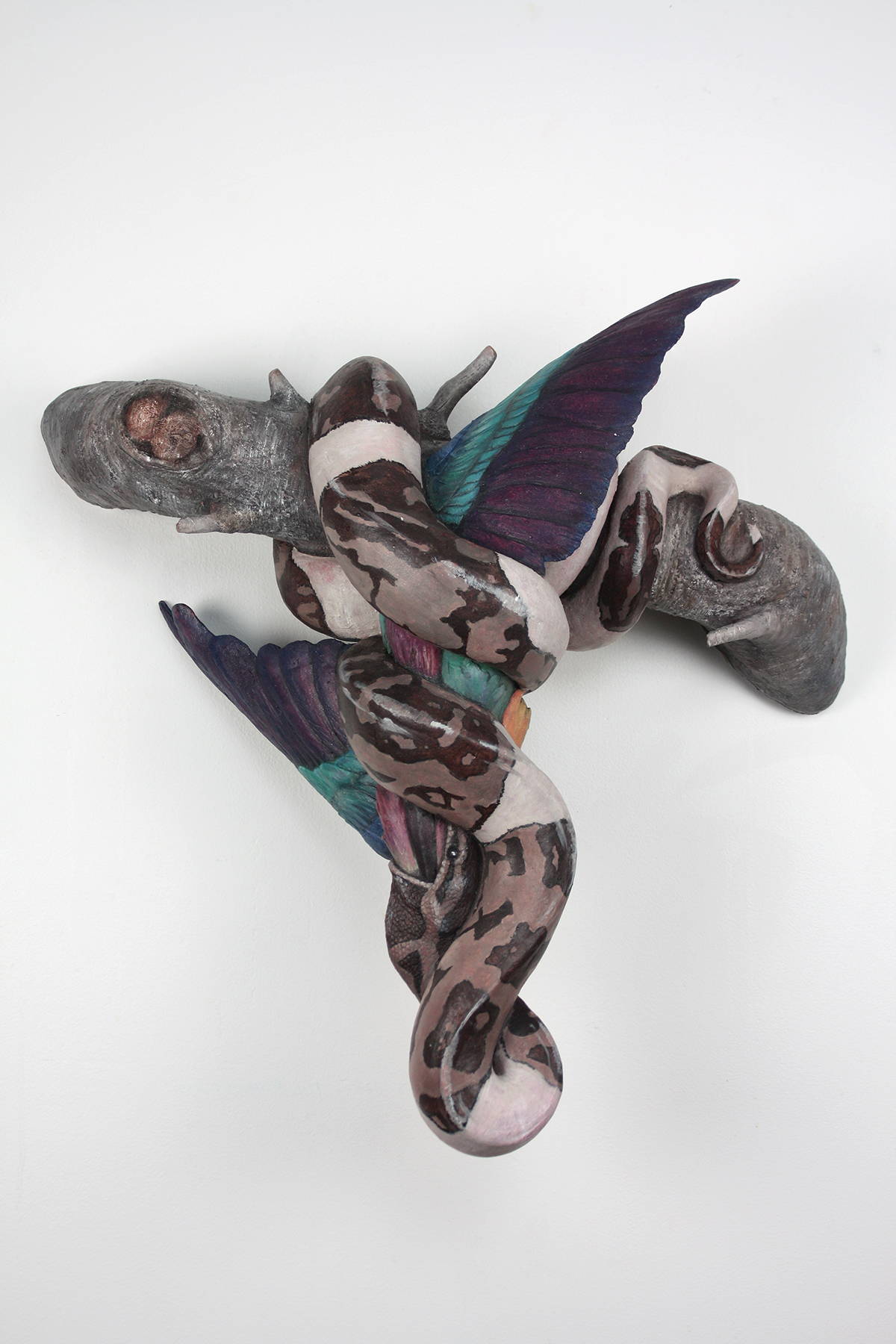 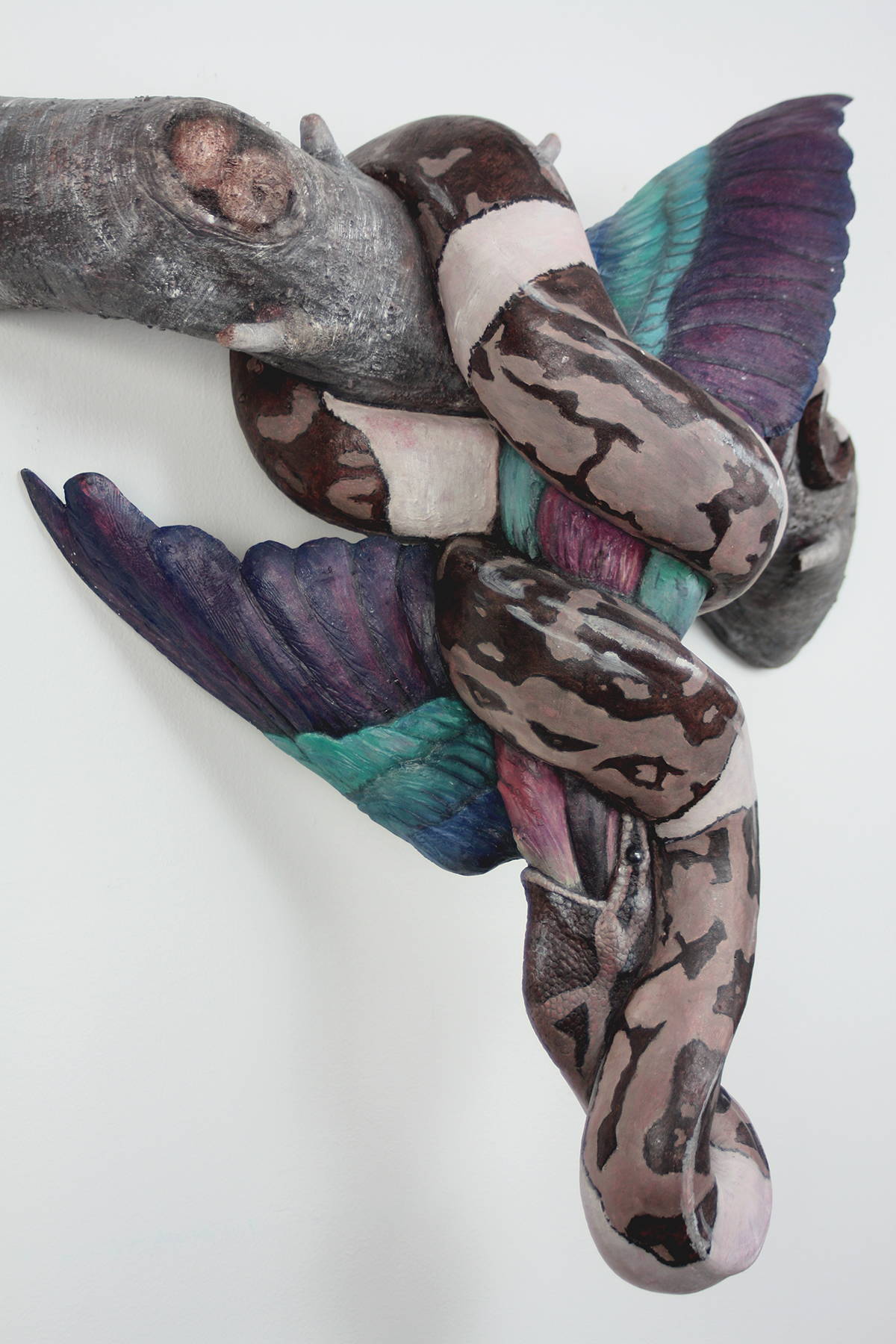